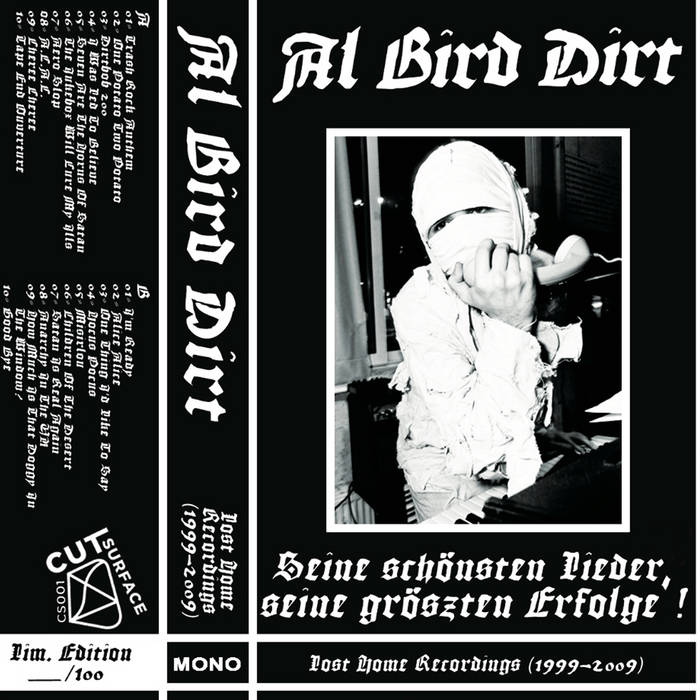 Dive into the buzzy & chicken-fried world of  A L   B I R D   D I R T  & squiggle through a pep rally of 20 off-key punk songs and snotty chant-alongs.

All songs written by Dirt except "Misirlou" (Traditional), "Anarchy In The UK" (Matlock/Rotten/Cook/Jones) and "How Much Is The Doggie In The Window?" (Merrill).

“I made my first home recordings as a kid. At age 17 I became Al Bird Dirt, self-proclaimed 1-kid-kombo, circuit bender and trash rocker. Soon I started to play ‘electro punk‘ shows, heavy on the overdrive, to bemused audiences in my hometown of Vienna. Missing my tones, demolishing my gear on stage, making a jackass out of myself. Again and again... At home I continued to record off-key songs in an outdated live-to-tape fashion. Hundreds of them – littering my flat with shoe boxes full of audio cassettes. It was about time to dust those little fuckers and give them a hug.” – Al Bird Dirt, August 2016.

Al Bird Dirt appears courtesy of Trash Rock Productions. All tracks recorded at and licensed from (c) Trash Rock Productions, 1999–2009. Available for the first time on (p) Cut Surface, 2016. Cover photography by Klaus Pichler (kpic.at). Cover design by Elwis Presslmayer. Thanks to: Bruch, Kate Kristal, Anna Pü and Ana Threat. No digital effects used. What you hear on this compilation cassette are analogue live-to-tape recordings. May all beings be happy!